You are here:
Ed Campbell - Seek+DeployLeadership 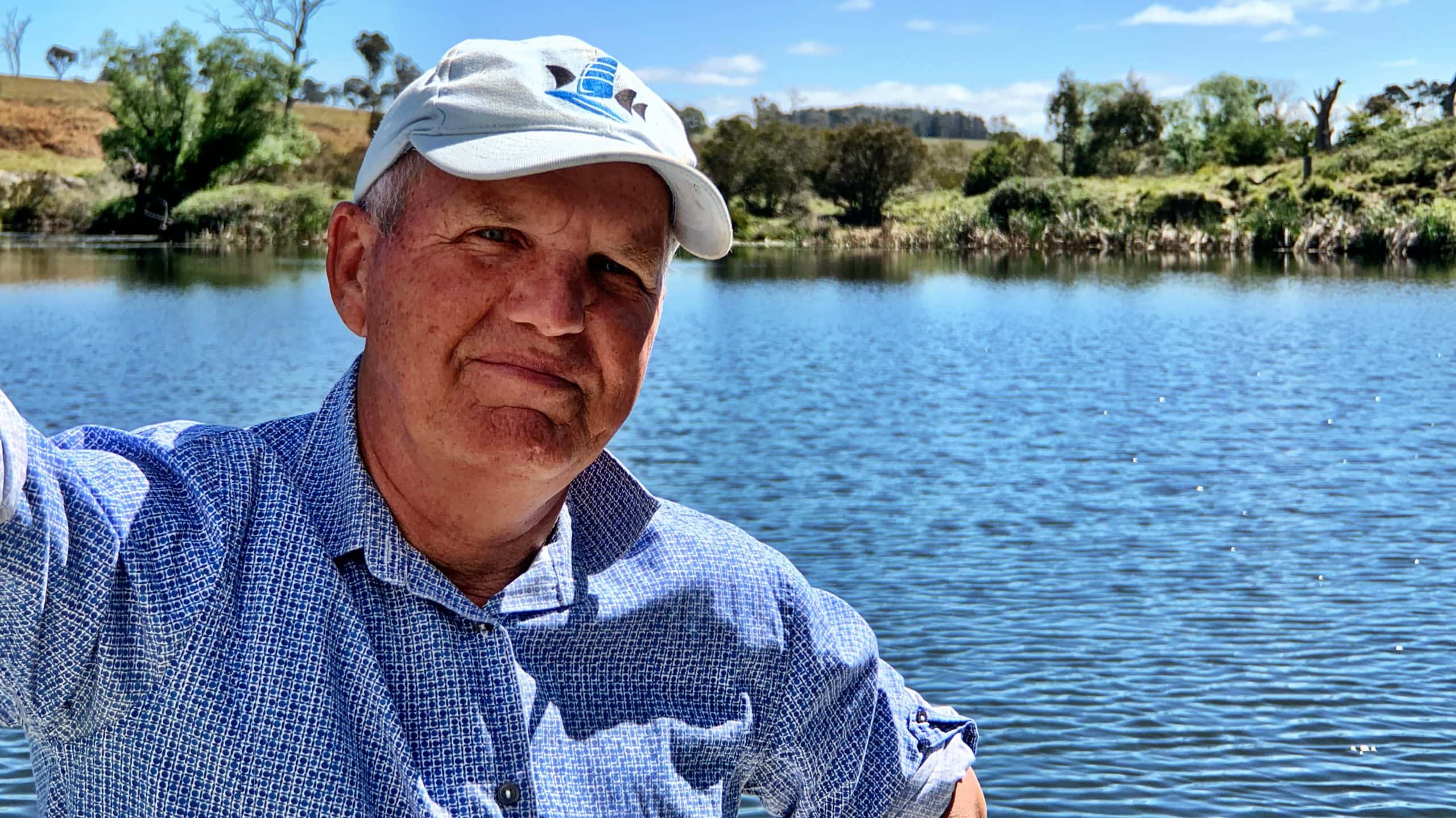 Tell us a bit about yourself.

I started sailing when I was a kid. My father was a keen sailor, so I think I was probably born into it. I was lucky enough to be living in Sydney from the 70s to the late 90s, which were boom times for sailing. In the leadup to the 2000 Olympic Games, there would be 150 Olympians out training on Sydney Harbour and for me that was fantastic and utterly intoxicating!

Sailing in Armidale! What does New England Sailing Club do?

NESC is the highest sailing club in Australia. We’re right up there on the top of the Great Dividing Range at Malpas Dam, which means we experience some nice winds. It’s a lovely little club that draws people from all the way up to Ben Lomond and all the way down to Uralla, plus our regular visitors from other clubs. Annual membership is very reasonable ($85 for a family) and we have a number of club boats (of all types) available, so people don’t need to have to buy their own to get out on the water. Anyone who’s interested can turn up on one of our sailing days (always best to let us know) and we’ll either have a boat on the water ready for you to take out and have some fun.

When did the club start?

The club was formed in the 70s and grew through the early 80s. Initially, they sailed on Dumaresq Dam. After Malpas was built in 1968, it became the first reservoir in Australia that allowed leisure use. The club really thrived during those years, but went through an inevitable trough and now we’re starting to come out the other side. We were really lucky to have an extremely dedicated hardcore membership group who kept it going and we’re starting to see membership numbers double each year.

What are the challenges?

The challenge for any club, in any sport at the moment, is volunteers. When membership drops, the number of jobs remains the same, so people are forced to do more to make things happen. Luckily, our members have really stepped up and are doing that. The second challenge is that, like many sports, sailing has been going through a period of increasing complication (and costs). In my opinion, the whole industry has been the poster child for the idea of technological overshoot. That’s why New England Sailing Club focuses on specialising in a very simple boat (the Laser) which has a single sail (in three different sizes depending on wind and skills of the skipper) and a really reasonable entry point.

My inspiration is to see people out there with a massive smile on their face. I’ve got so much out of the sport that I want to give back. When I look back at my younger years I don’t know what my life would have been like without it . It’s getting people away from the couch and computer and back out in the elements – the wind and the water.

What do you like most about the role of Commodore?

We’re trying to bring back the social aspect of the sport and increase the number of younger people and women in the club, so I love to see people chatting, sharing stories and having a great time while getting ready to sail or race and back at the clubhouse afterwards. It’s really satisfying to see the membership grow and people returning to sailing after a long break or discovering sailing for the first time. That look on their face when they come back after the first time is amazing!

What advice would you give to other clubs?

It’s about being welcoming. Making sure there’s a smile and a handshake (or an elbow bump in these times) when new people arrive at the club. We want to be known as the club who’ll help you unload your boat, get it rigged up and out on the water to have a great time without hassles. It’s about friendliness and being open to people and trying to make sure that they feel like they are being supported and part of a community who enjoy this sport.

I love the sport and I want to see more people enjoying it because it tends to attract a great bunch of people. Removing the elitism and technological overshoot that has crept into the sport is key. My inspiration is to see people out there with a massive smile on their face. I’ve got so much out of the sport that I want to give back. When I look back at my younger years I don’t know what my life would have been like without it . It’s getting people away from the couch and computer and back out in the elements – the wind and the water.

What’s the secret to success?

I think a lot of the secret is about being really friendly and enthusiastic and taking delight in people being on the water. It’s really hassle-free. You can come to the club at Malpas when we’re sailing, hop on board and be out on the water. We’ll teach you how to rig the boat, get you into proper safety gear and onto the water in one of the club boats on your first day.

What’s next for the New England Sailing Club?

Along with growing our membership, we’re a couple of weeks away from our Annual Regatta (14–15 November), and we think we’ll have more than 20 boats competing with entries from Tamworth (Lake Keepit Sailing Club) and up and down the coast from Urunga to Grafton. We’re also putting a lot of effort into encouraging more women into the sport, and we know that’s the key to our overall success. We think that if we keep going in this direction, within a couple of years we might have a fleet of 15–18 boats out on the water each and every week. If we can do that, we’ll be back to the glory days of the club.

Ed Campbell is founder and CEO of Seek+Deploy, a creative digital agency focussed on rural, regional and remote business. Customer and Community Engagement is his speciality and he's driven by a desire to see regional Australia prosper.

Be prepared. Not every day is going to be easy, but they do come from time to time, so take the good ones when you have them. And don’t be afraid to ask for help because you’re probably going to need it at some stage. I’m lucky that I have got supportive parents who have a background in small business and are so eager to help me out.