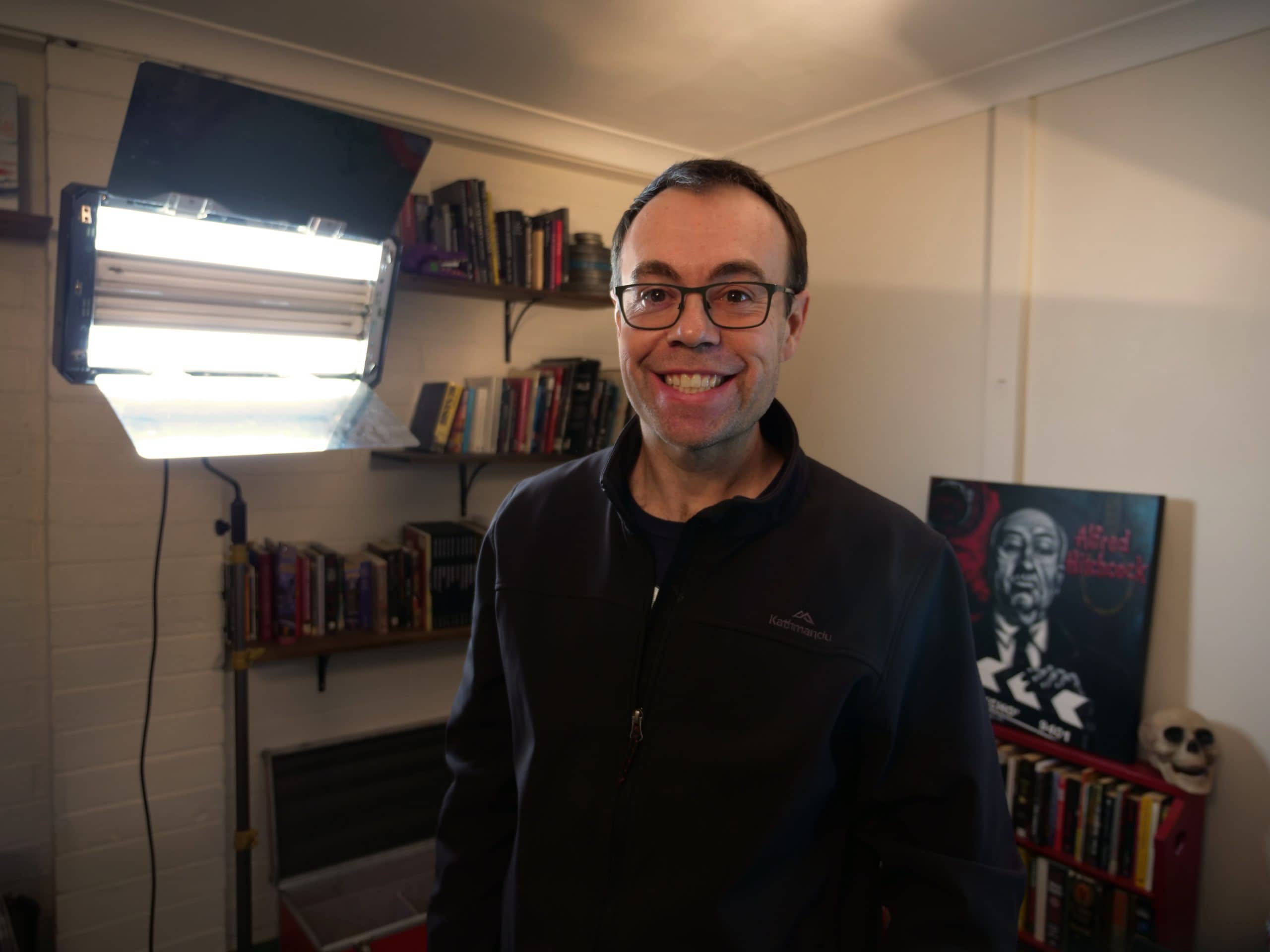 My life has always been around media. Dad was a journalist in radio, but I always wanted to be in television.

Professionally, I have worked at TV stations for over 20 years, starting in Alice Springs making content and broadcast television in the mid to late 90s. I have done that professionally ever since, working with almost all the major Australian TV stations, mostly in regional areas, as well as Canberra and Darwin.

I can’t remember not making creative content. I was one of those kids running around with a camera making little videos and bits of video and film in my background. I’ve always been a storyteller.

When I was in Darwin, I also made some personal projects, short films and such, and won some awards.

What brought you to Tamworth?

I grew up in Tamworth, returning after travelling around the world in 2006. I moved here with my partner and my young daughter – who has just turned seven – and we have been here ever since.

What does Attitude Productions do?

I am a content maker, mostly video, broadcast commercials and social media content. Creatively, I try to make interesting connections in a visual way.

I work with account managers from TV stations, creative agencies and directly with clients. Mostly we make TV, radio, any type of commercial that you need, and social media content for Facebook, Instagram and even TikTok.

The needs of creative agencies are diverse. I work with them developing ideas and new approaches to help them achieve their clients’ objectives.

When hiring a content maker, how do you get maximum value?

When clients make commercials, it’s an opportunity to take an integrated approach. If you are doing a television commercial, it is only a little bit extra to have a script suitable for radio as well. You only need to shoot a few extra bits of film suitable for use on social media. They are very small add-ons in terms of cost, but the return is extremely effective for customer engagement.

Officially I kicked off in Tamworth in 2007. Attitude Productions existed prior to that while I was working elsewhere as a producer/director at a television network. I started the business to complete creative productions outside of work. Under that umbrella, I made a few feature-length documentaries, such as Last Ride of Tex Morton, and the Buddy Williams Story, which I made with my father, Graham Archer, for the Tamworth country music market. While in Darwin, I also made a documentary on UFOs, shooting at Wycliffe Well – one of the UFO capitals of the world – among other locations around the country, which was fun to do.

I can’t remember not making creative content. I was one of those kids running around with a camera making little videos. I’ve always been a storyteller.

Where can we see your work?

If you watch free to air TV, you probably already have. Many of my commercials and longer corporate video work are on my YouTube channel. You can also connect to my work through LinkedIn and Facebook.

What were some of your challenges in starting a business?

When I was setting up in Tamworth in 2007, it took a little while to establish myself, even with extensive television industry experience. I was freelancing for other TV stations for the first couple of years. I had already worked in TV, so professionally it wasn’t a new industry, but it was a new facet. It was about making my own income and running a business. Once it was off and running, I’ve never looked back.

Flexibility is the best part, but also the diversity. If I worked for a social media firm or just broadcast television, it would just be about those mediums. The way my business operates, whatever is most appropriate for each client’s needs is what we create – there is always a creative answer. No matter what the budget, you can make something that will work and will be interesting, it just depends on how creative you are prepared to be. I love finding creative solutions to solve a problem.

Don’t think about your business, think about the end user of whatever you are producing. So many businesses look inwards rather than looking from the perspective of their client. It’s not about us, it’s about what our client wants and needs.

The world is becoming more niche; you don’t have to appeal to everyone. Think about marketing to specific businesses. People are so scared of focusing. Don’t be.

It’s about connecting with people and helping them find the best possible approach to their branding content.

As a content maker of video and images, I go out of my way to make sure the process is not only enjoyable but also straightforward. It’s summed up in the phrase, ‘Thinking smart is the ability to make the complex simple’. It’s the KISS principle.

Besides my family, creativity inspires me. People who can think outside the box and come up with innovative approaches to production. Steven Soderbergh or Robert Rodriguez not only film technically but really challenge themselves. The level of innovation and creativity with some people is amazing and inspiring.

Pop culture also inspires me – like Jack White when he was in the White Stripes. I saw a great documentary that showed that even when they became big, it was always drums, guitar and singer. The limitation gave them maximum creativity. You can’t always solve a problem with a money hose to wash away problems. Having limitations can often open up  creativity and innovations. I love uber-creative people and that real DIY approach, where you go out there and do it yourself. I love to create content that fits the brand, is interesting and has cut through.

There’s a lot on the cards at the minute, but the future looks bright. Besides commercials for broadcast television, clients have really embraced the power of branded creative video content for social media platforms like YouTube, Facebook and TikTok. We’re living in a time where every business is a story, and those stories connect to their clients through innovative story-telling digital platforms. I feel very confident that the future for me is to continue to help businesses and individuals navigate this path through commercials, branded video content and hopefully in the near future, content creation workshops.

Ingrid Rothe is an award-winning brand and marketing strategist and founder of Vivid Thinking. For Ingrid, marketing is not about selling products or services, rather it’s about telling brand stories with heart.

Make sure it’s really what you want to do. It’s always good to have some funds behind you when you’re starting out. I didn’t when I first started – I borrowed some money off my brother to get started, but it would’ve been better if I had that myself. The longer he was in the business, the more I had to pay him back.

Make sure you set up correctly when you start.

Having the right team is also really important. You don’t want to roll staff over. You have to look after them. Pay above award wages and make sure you’re getting what you’re paying for.

Focus on the basics, the small things matter. Before you commit to running a business, do your research. Ask yourself if it is sustainable. You need to understand what is involved on many levels – you really need to know about the financial side of things and how much time you are going to need to put in. You need to be realistic about your capabilities and when you hit an obstacle, have faith that you will overcome it. The money will come. I think falling in love with your accountant is also important!