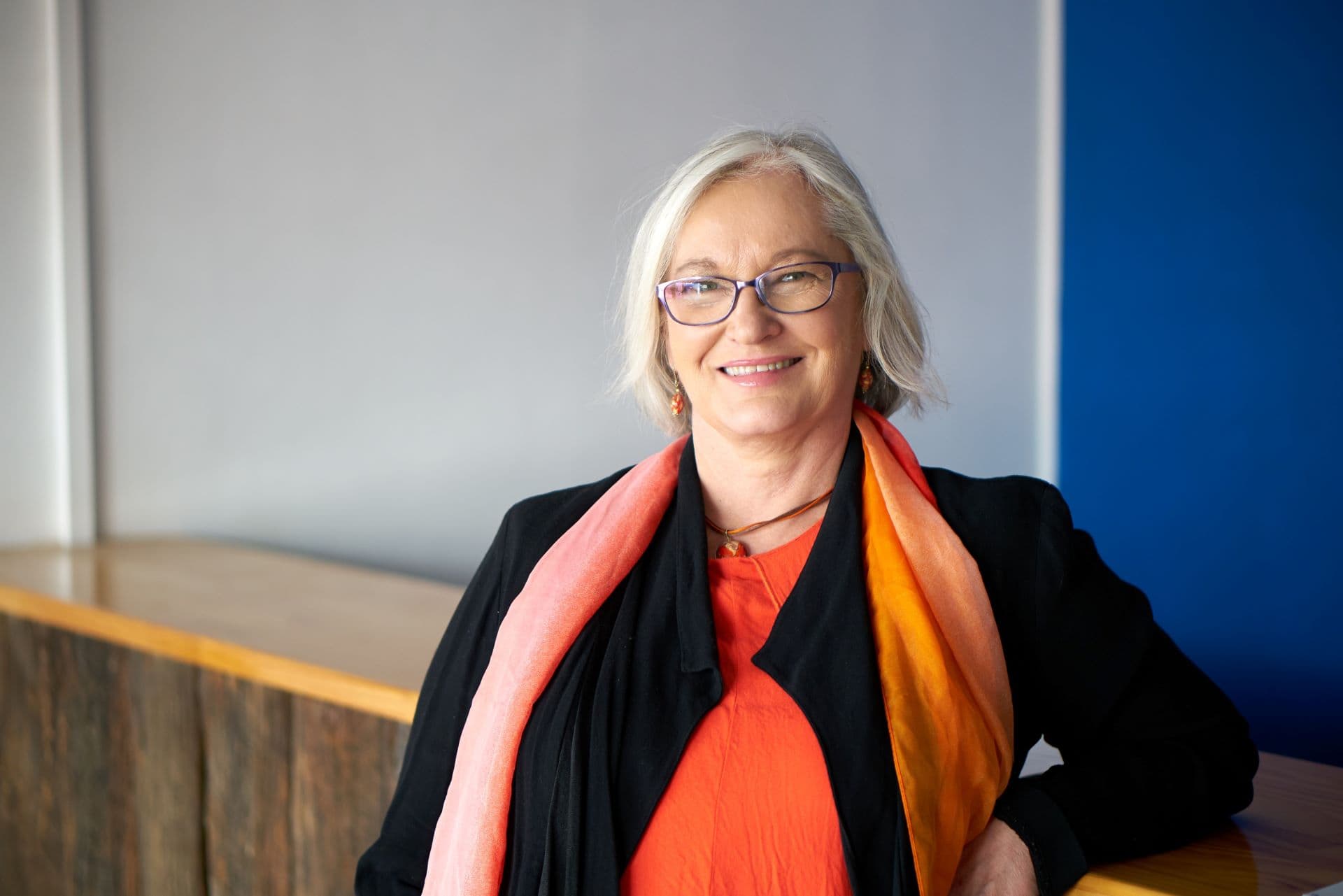 This week Vivid Minds Vivid Futures interviews Aileen MacDonald OAM. Aileen is a driving force behind Renew Armidale and the President of Business New England. In her 32 years in the New England, she has made a name for herself championing community issues and local business.

Aileen MacDonald moved to Guyra as a newlywed 32 years ago but understands she’s not a local just yet. That hasn’t stopped her being a champion for the community and local business across the New England.

Awarded an Order of Australia Medal (OAM) in 2020 for her services to the community, and named Guyra’s citizen of the year in 2019, she has been a passionate advocate for Guyra in the council merger and won water security for the town with the construction of the Malpas pipeline construction. She continues her service still as the current President of Business New England (the local Chamber of Commerce) and head of Renew Armidale, an initiative to revitalise our urban spaces.

Aileen and her husband Scot ran a successful business, Guyra Rural Services, for over thirty years before selling to Elders in 2008. Her three kids have all grown up and moved away, and she keeps herself busy with a day job in the NSW Department of Justice, but her passion is in her voluntary work.

“My passion keeps changing. When my kids were little, I was involved with the preschool and the school, as you do. Then I got involved in the Guyra Business Chamber, then the Armidale Chamber of Commerce that became Business New England, and we started Renew Armidale two years ago.”

Formally launched in 2019, Aileen had been working on the problems that Renew Armidale seeks to address long before that.

“There was something missing in Armidale and the business chambers weren’t filling that role. Council wasn’t filling it either.”

Renew Armidale was formed out of the Guyra Armidale Business Alliance, which was a collaboration between Locals for Locals, the Guyra business chamber and the Armidale business chamber. The idea was to create something that wasn’t just a business focus, it was a community focus, and it was separate from Council.

“You’d walk down the street and nothing was open or shops were closing, and people would say ‘we need to do something’. I looked around around and realised there was not ‘we’, so if not ‘we’ then ‘who’?”

My passion keeps changing. When my kids were little, I was involved with the preschool and the school, as you do. Then I got involved in the Guyra Business Chamber, then the Armidale Chamber of Commerce that became Business New England, and we started Renew Armidale two years ago.

Some of the founding members of Renew Armidale organised representatives of the highly successful Renew Newcastle to come up and explain the renew concept. They had a display at the library and held a breakfast event. Within half an hour of the breakfast finishing, Garry Slocombe, now one of the key members of the team, was knocking on Aileen’s door and wanting to get involved.

The basic idea of Renew Armidale is one of coordination. They get landlords to agree to one month free or low rent leases on otherwise vacant properties to start ups, creative artists wishing to display their work, or other creative or community groups that need a temporary space. The shop front isn’t empty which is better for the landlord and the community, the creative or start up gets a space for free, win-win all round.

Then COVID-19 happened. And people didn’t want to go anywhere.

“We just let it go quiet for a while. But now we need to resell the vision.”

My passion keeps changing. When my kids were little, I was involved with the preschool and the school, as you do. Then I got involved in the Guyra Business Chamber, then the Armidale Chamber of Commerce that became Business New England, and we started Renew Armidale two years ago.

Renew Armidale is in the process of reviewing its strategy so the organisation can maximise the opportunity of the social shifts created by COVID-19. With so many people moving their families home to Armidale, and many more people working from home, the boom in Armidale’s population has not yet flowed through to a boom in retail.

Aileen says if they had their time over they would name it something else, because the intent was always to go beyond Armidale to lift the urban spaces of the surrounding villages as well.

“But, I go to Guyra and the shops are full. And that was part of the Guyra and District Chamber of Commerce strategic plan – 95% occupancy. So, without realising it you walk down the street one day and think ‘we said what we wanted to do, we put some steps in, and it happened’.”

There are many hoping that Renew Armidale will be able to deliver the same success and both the shops and the community spaces of Armidale will once again be bursting with life.

To have the confidence that it will work and then do the work to get there. When I was starting out, I questioned throughout the whole process and worried whether people would come and what I would do if no one came.  Confidence is built with experience and time, so just push forward.