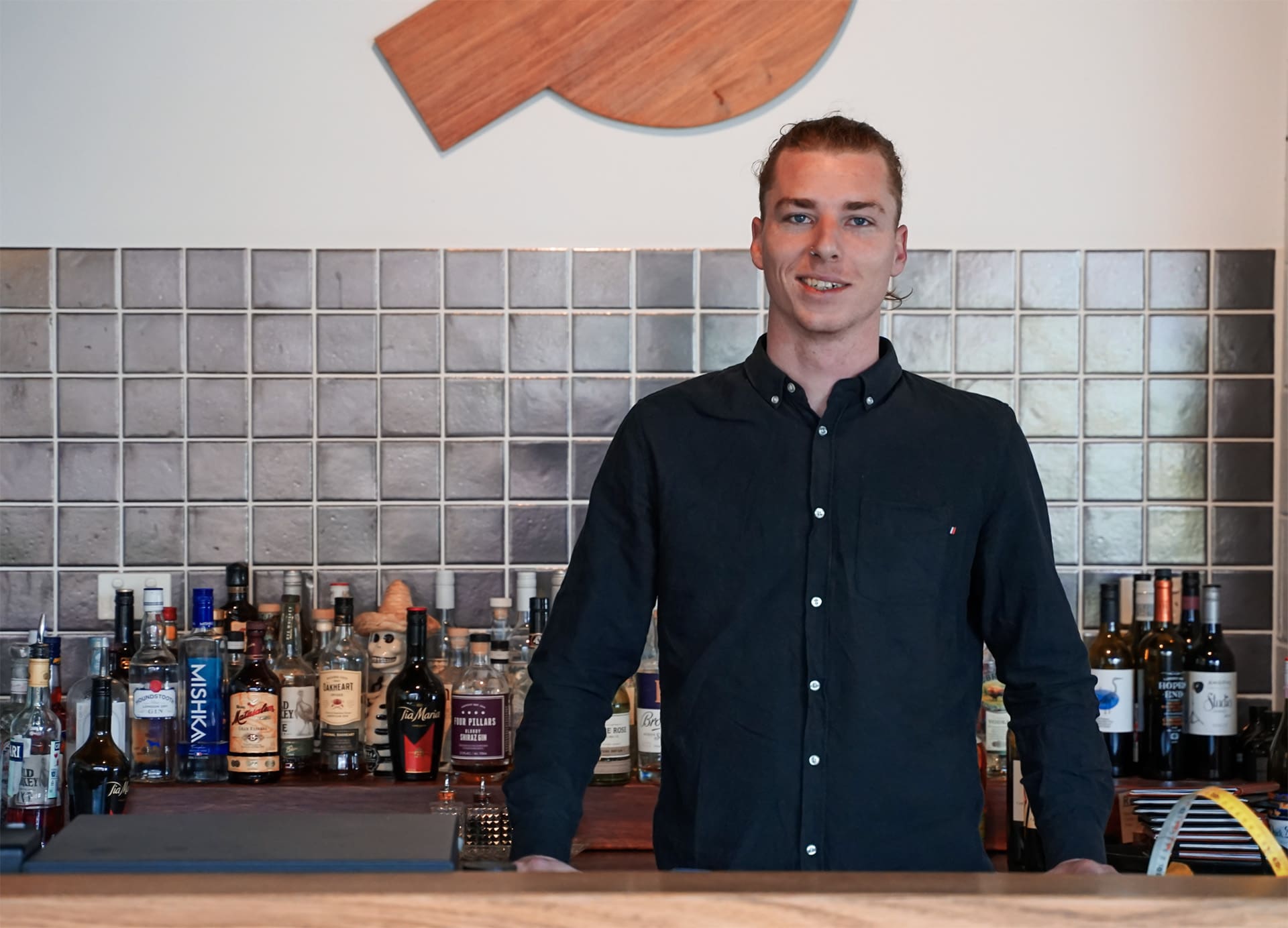 This week Vivid Minds Vivid Futures interviews Lewis Wheatley, owner of Charlie’s Last Stand, which launched in February 2018. Charlie’s Last Stand aims to offer a different experience to other local pubs and bars, with live music every weekend and a BYO vinyl day on Sundays.

Tell me about yourself

I grew up in Newcastle until I was about 12 years old. Then my family moved to Armidale and I started Year 7 at Duval. It was cool going from the coast to the country – I got to experience the best of both worlds. After Year 12, I took a gap year and moved to Scotland, where I lived in the Highlands for three months and travelled around Europe before settling back in Edinburgh. I worked in hospitality in a little hotel the whole time I lived in the Highlands. After my gap year, I moved to Newcastle to study Media and Communications and worked in bars while I was down there.

How did Charlie’s Last Stand come about?

About six months into my degree I realised it wasn’t what I wanted to pursue. I had taken a trip to Sydney with my workmates and we ran into the guys who were behind Young Henry’s, which is a brewery in Newtown. Some of them had already studied before getting on the craft beer bandwagon and making their empire out of making beer. They really enjoyed what they were doing. Everyone around me in hospitality was starting to hate it and wanting to get out of the industry, but I found I was really liking it and thought it could be something I wanted to pursue career-wise. I rang my Dad and said, “Hey, I think I’m going to drop out of uni and pursue hospitality. It’s an industry that I’m really interested in.”

There are so many different subsets of hospitality so that means you can really take it anywhere. A few months later, Dad called me and told me about a space that had opened up under the Red Grape Vine. He said if I wanted to move back, we could go halves in the start-up. I ended up moving back in January 2018 and we opened in February. Two and a half years later, here we are.

Thinking about it now, it’s been a great experience. Looking back, I think, “who gives a 21-year-old a bar to look after?” but the last two years have really just been the best two years of my life. None of this would be here without my parents. As much time as I’ve put into it, without them kicking it off, there’s no Charlie’s.

What have some of the challenges been in running your own business?

Time management. Going from that “bottom-of-the-rung” bartender to the guy calling the shots was challenging. I was always a good bartender, but a bar manager is a whole other role – the buck stops with you. That’s been a big development over the last couple of years and it’s matured me ten-fold. Finding my feet from the get-go has been challenging.

The way I see it, that’s the only way to get experience. You can work under someone in that role for as long as you like but until you’re actually in it and making those mistakes, then you don’t learn.

I think we’ve got off pretty lightly during COVID-19. The JobKeeper subsidies were a lifesaver. It’s been interesting to see how people have pivoted during COVID-19, but we’ve found it’s almost as profitable with the venue caps. I don’t know if that’s just because there are lots of people who are really keen to come out. Having people coming on a booking orientated system has kept the room full, from afternoon to midnight, whereas previously we would have 50 people come at once and then everyone would go to dinner and we’d think, “where did everyone go?” By staggering it through the night, we’ve found it’s more enjoyable for the people who are here because it’s not as crowded. In a way, it’s made us re-consider our layout and we’re considering catering to smaller crowds.

Everyone around me in hospitality was starting to hate it and wanting to get out of the industry, but I found I was really liking it and thought it could be something I wanted to pursue career wise.

The flexibility – and the freedom for exploration, especially for such a unique industry that lets you make it as personal as you’d like. I don’t think I would have learnt as much or as quickly as I did if I was working for someone else in the same role. It would still be by their book, and how they wanted it done. So being able to have free rein to see what works and what doesn’t really is the best.

What advice would you have for someone just starting out?

Have you had any mentors?

I’ve had personal mentors along the way. The shaping of Charlie’s definitely comes back to Mum and Dad. I also have a good friend who used to be my bar manager when I worked in Newcastle. He knows how to bring out the best in people and I have him to thank for really bringing me out of my shell. Without his support, I don’t think I would’ve had the confidence or belief in myself to just bite the bullet to move back and do this.

We live in a time that’s so connected – before the internet you only had competitors from in town. Now, you scroll through Instagram and see all these cool bars from London or Melbourne. The day of competing with what’s around you is done. It’s not just physical distance anymore – and seeing this gives you motivation to be better. It’s also a platform where you can discover how to be better as well, which is really cool.

What’s your secret to success?

You have to put in the time. There’s no shortcut – you’ve just got to do it. Delegating is great but also you have to step up. Because this is such a personal business, a space like this needs you to be there putting in the effort with people. In Armidale, it’s very word-of-mouth orientated advertising, so as long as your product is up to scratch then success will come.

What’s next for Charlie’s Last Stand?

I think we’re just going to ride this out to the end of the year and see how the restrictions change, but at this point we’re happy to just come out the other side relatively unscathed. Just let the future come to us.

I recently graduated from Sydney University with a media & communications degree and now run my own start-up videography business in Armidale, called 'Reel Spark'.

Make sure it’s really what you want to do. It’s always good to have some funds behind you when you’re starting out. I didn’t when I first started – I borrowed some money off my brother to get started, but it would’ve been better if I had that myself. The longer he was in the business, the more I had to pay him back.

Make sure you set up correctly when you start.

Having the right team is also really important. You don’t want to roll staff over. You have to look after them. Pay above award wages and make sure you’re getting what you’re paying for.

Plan! Plan well, keep yourself open to opportunities and don’t overextend yourself. You also need to be good at what you do and then back it up with really good customer service. People really respond to that. If you don’t have that right, you may as well close your doors. In our case, we also focus on fast and efficient turnaround while offering really good value.